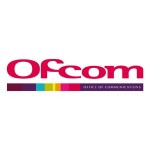 Ofcom – UK’s communications regulator – published the “Communications Market Report“. The report contains statistics and analysis of the UK communications sector and is an important  reference for industry and consumers. It gives insights to data and analysis on broadcast television and radio, fixed and mobile telephony, internet take-up and consumption and post.

There are interesting numbers on digital terrestial radio – DAB – (in the UK without the “+”). DAB remains the most popular digital platform (2.2pp growth of total listening hours). Digital’s overall share is just under 40% (39.6%).

High installed base of DAB

That’s a great installed basie of DAB Radios compared to other EU markets.

For further details see the Ofcom website and the full Communications Markt Report.